Why Company Transformation Should Forget Past Success

I see one of the most significant problems that successful companies can have is recently achieving substantial levels of past success. Share prices may be at all-time highs. Users or subscriber growth may have broken records. Morale within the company may be soaring. It comes as no surprise that many organizations rely on what got them there when undertaking company transformation.

All of this is well and good. But having said that, I think one challenge that these recently successful companies may have is maintaining (and even expanding upon) that success in the future. It also occurs in the sports world, as recent champions in the NFL and other sports struggle to win back-to-back championships. As Dan Schulman, the CEO of PayPal, said several years ago, “The biggest impediment to a company’s future is its past success.”

While the reasons why it is so challenging to maintain stellar business growth or success may vary, companies with transformational leadership can sidestep these challenges. They are able to galvanize significant company transformation—even if it is temporarily uncomfortable. Ultimately, they aren’t afraid to dramatically shift their internal operations and business models to pave the way for even more significant successes in the future.

Transformational Leaders Learn from Past Success

This type of business transformation is inherently counterintuitive. I find through my research the initial success doesn’t arrive through pure chance. Instead, it requires a ton of hard work, close collaboration, and, yes, some luck. It is all too easy to let inertia take its course and continue doing the things that led to the initial success. Questioning the successful strategy and going in an entirely different direction takes guts and significant confidence in the new thesis. And, it also takes ruthless execution, sharp acquisitions, and effective change and cultural management.

One great example of this comes from Michael Dell whom I worked with closely during my time as their CIO. Many know the legend of Dell starting his eponymous computing company while attending the University of Texas. The company’s direct to consumer model was disruptive at the time and led to Dell’s initial success. Nonetheless, the company’s prior success seemed unsustainable to Dell himself due to innovators that were reshaping the technology industry. 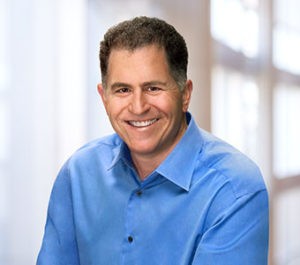 Recognizing the need to evolve, Dell knew that significant changes were needed if the company was going to survive. I worked with Dell as he first shifted the company to a global services model, then complemented that with entries into software and cloud through a series of acquisitions from 2007 to 2010. In the end, it allowed us to go from point selling to a solution selling model called “Best Value Solutions.” And then, even though it rankled shareholders, Dell worked with renowned private equity firm Silver Lake Partners to take the company private. By going private, it allowed Dell to focus on needed changes without the scrutiny of quarterly performance.

As part of its new direction, Dell acquired EMC, a virtualization software giant, for a whopping $67 billion. Essentially, the record-setting acquisition transformed Dell into a one-stop-shop for hardware and software needs, making it well-prepared to capitalize on a multi-cloud and data-intensive world.  While the work is not done, the company is rejuvenated and positioned for growth. This is because Dell has not relied on past success.

Along with Dell, former Intuit President and CEO Brad Smith embraced transformational leadership to help Intuit reimagine its innovation process and embrace design-thinking. Like Dell, Smith identified that Intuit’s prior successes would not be enough in a shifting technological environment. 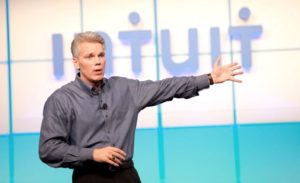 Instead of focusing on its desktop product—which had been successful to that point—Smith shepherded Intuit to be mobile and globally-connected services provider. He also recognized that even though Intuit had satisfied customers, his colleagues could be doing a much better job making products that truly resonated with those customers.

Ultimately, Smith implemented a design thinking approach within Intuit, which added personal touches to the company’s products. Even though these changes were quite significant, his transformational leadership helped Intuit take advantage of shifting trends and consumer behavior.

A Counter Tale is Seen in IBM’s Fall in Prominence

Finally, there is Ginni Rometty, who recently announced her retirement as the CEO of IBM. Rometty hasn’t been afraid to make large bets; however, I believe there are clear signs these have not paid off. During her time as CEO, IBM had a stretch of 22 straight quarters of declining revenue. During this run, the company’s results continued to decline with 2015, 2016, and 2017 showing negative year-to-year growth and just a 1 percent gain in 2018 and a poor showing in 2019. Rometty attempted to steer her ship toward technologies like cloud computing, Watson, and blockchain and completed 65 acquisitions. All with lackluster performance. 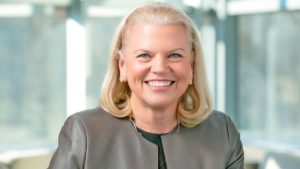 Acquiring companies like Red Hat (for $34 billion) is just one example of Rometty’s belief that Big Blue needs to change. The so-called “hybrid cloud,” which combines multiple cloud providers and clouds, is thought to be the next emerging cloud market, so she is hoping that Red Hat will be just the thing that IBM needs to dominate this market. We shall see in the future as Red Hat’s CEO, James Whitehurst, becomes IBM’s President along with their new CEO Arvind Krishna who led the Red Hat deal.

Why did Company Transformation at Dell and Intuit Succeed While IBM Failed?

Rometty made difficult decisions to de-emphasize big iron and place focus on software, data, and the cloud to shape IBM’s future through acquisitions. But, in the end, I believe IBM struggles to move away from its past success and heavy reliance on its traditional mainframe and outsourcing businesses. While new strategies emerged and continue to appear, the execution is lacking, and acquisitions fail to deliver.

Why is this the case? Rometty leaves a legacy of excessive internal cost-cutting. As a result of this tightening of the belt, IBM failed to compete against AWS and Microsoft, its new strategic areas faltered and trailed the market, the company experienced a drastic loss of its culture and in parallel its long term IBM employees. These all contributed to the stakeholder, market, and customer erosion.

Company transformation is never easy. It is deceptively more difficult after a company has achieved recent past success. Making the necessary long-term changes to sustain that success requires transformational leadership. These leaders not only have a compelling vision, but they have the courage and charisma to convince their colleagues to pursue that vision and not rely on past success. Essentially, those that have this transformational leadership are playing chess while everyone else is playing checkers.