Curiosity Is a Superpower — The Science and Traits of Curious People 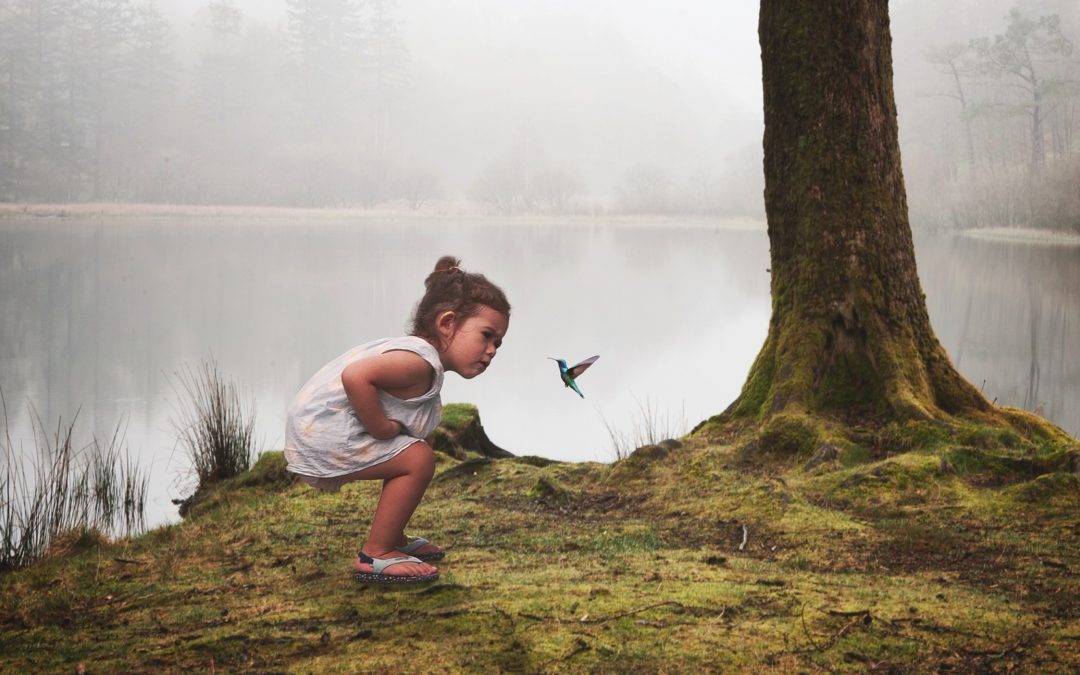 Curiosity Is a Superpower — The Science and Traits of Curious People

A long time ago, there existed a small village named Naïve Hill. The inhabitants of this town were very conventional people who knew only to search around for wildly growing fruits, plants, and nuts, talk, and sleep. They all lived this basic lifestyle except one teenage boy named Odd George.

His fellow inhabitants considered odd George as strange because he always asked questions and sought to do things in unconventional ways. He would wake up before everyone, go out on his own to explore the surrounding area, search for new things, try different foods, and return after everyone had gone to bed.

Odd George had a deep desire to fill the gap in his knowledge and was driven to experiment and learn new things. He used sticks, stones, and leaves to build widgets that had no practical use, but he was excited after making each and proudly showed them off to anyone who cared to see — even though their reaction to him was always scornful and demeaning.

Then one day, Odd George discovered something that would significantly impact the lives of the inhabitants of that village and that of every other person across the world. Odd George struck two stones together during one of his experimentations and noticed a spark. He did it repeatedly and saw that the spark kept coming off upon each strike. He then gathered some dried leaves and struck the stones together on them again. This action caused the leaves to ignite, which produced fire. Odd George could not believe his eyes.

With the invention of fire, people would now be able to stay warm in cold times, eat a greater variety of food, and gather together. Through fire, people opened a doorway into the spiritual realm allowing people to communicate and connect.

And from Odd George’s example, his experiments opened the realms of possibility for more people to begin discovering new things that would benefit the lives of everyone. There was one thing each one of these inventors had in common: CURIOSITY.

It Is A Miracle That Curiosity Survives Formal Education — Albert Einstein

Over millennia, curiosity has been credited as the driving force behind human progress and advances in science, language, and industry. It is a vital quality that helps us learn, grow, and discover. Curiosity is affiliated with an inquisitive way of thinking that includes investigation, experimentation, and knowledge. Our personal development is also connected to curiosity, and it facilitates a more profound relationship with ourselves, others, and our interaction with the world.

As humans, we all have a natural inclination to want to know why things are the way they are, explore, and learn new things. We all exhibited these as kids, putting objects in our mouths, playing with items around the house, touching fire, and many more. But as we grew, most of us experienced a decline in our desires to explore and discover new things.

In our desire to become Passion Struck, there is a need to be curious, as this will drive us to seek those things which will yield great results. As Edmund Burke said, “The important thing is not to stop questioning. Curiosity has its own reason for existing. One cannot help but be in awe when he contemplates the mysteries of eternity, of life, of the marvelous structure of reality.“

In this discussion, we will be drawing insight from the subject of curiosity, delving into its science, understanding the critical role it plays in our lives, and highlighting how we all can develop and apply it to become as successful as we can dream of becoming.

This article is based on an episode of the Passion Struck Podcast.

The science of curiosity

As humans, we are equipped with the lifelong capacity to learn, enabling us to pick up new ways of doing things and thinking and adapting to unique circumstances from childhood through adulthood. The learning algorithms in our brain, with their built-in exploration, are equipped to pick information and knowledge that might seem irrelevant in the immediate but vital in the future.

Studies have provided some insight into the neurological mechanisms that make up what is known as the reward pathway, which may impact characteristics associated with curiosity, such as learning, memory, and motivation. Evolution has wired us to become the ultimate learning machine, and to utilize this learning capacity fully, we require a healthy dose of curiosity.

Why is curiosity tied to success?

Curiosity can be thought of as the yearning to learn, comprehend new things, and understand how they function. It can manifest as the desire to accumulate knowledge about science, arts, or other subjects or as the desire to learn how to repair things. It is a quality that helps widen the mind and open it to different opinions, lifestyles, and topics.

Curiosity is tied so strongly with success because it drives you into uncharted territories — which is where you make discoveries, establish relationships, uncover opportunities, and experience growth. While curiosity alone may not necessarily lead to success, it’s an excellent place to start in relationships, business, and life.

It is not only linked to success, but it helps form and establishes deeper, more meaningful relationships because the interactions will be about discovering others rather than just using them to fulfill your narrative. It is also associated with happiness, health, longevity, and positive social relationships.

Our inherent curiosity and fascination will lead us to a meaningful purpose or calling in our lives for most of us. Curiosity is, after all, the doorway to so many of life’s greatest treasures, including our passions, interests, and pastimes.

Curiosity is sparked by passion, but it also works the other way around: The more you can learn about something via your curiosity, the more exciting and significant it will become for you in the long run. Curiosity is a two-way street. People, literature, sports, nature, and conversations all fall into this category. Some things become even more fascinating the more we try to learn about and understand them. 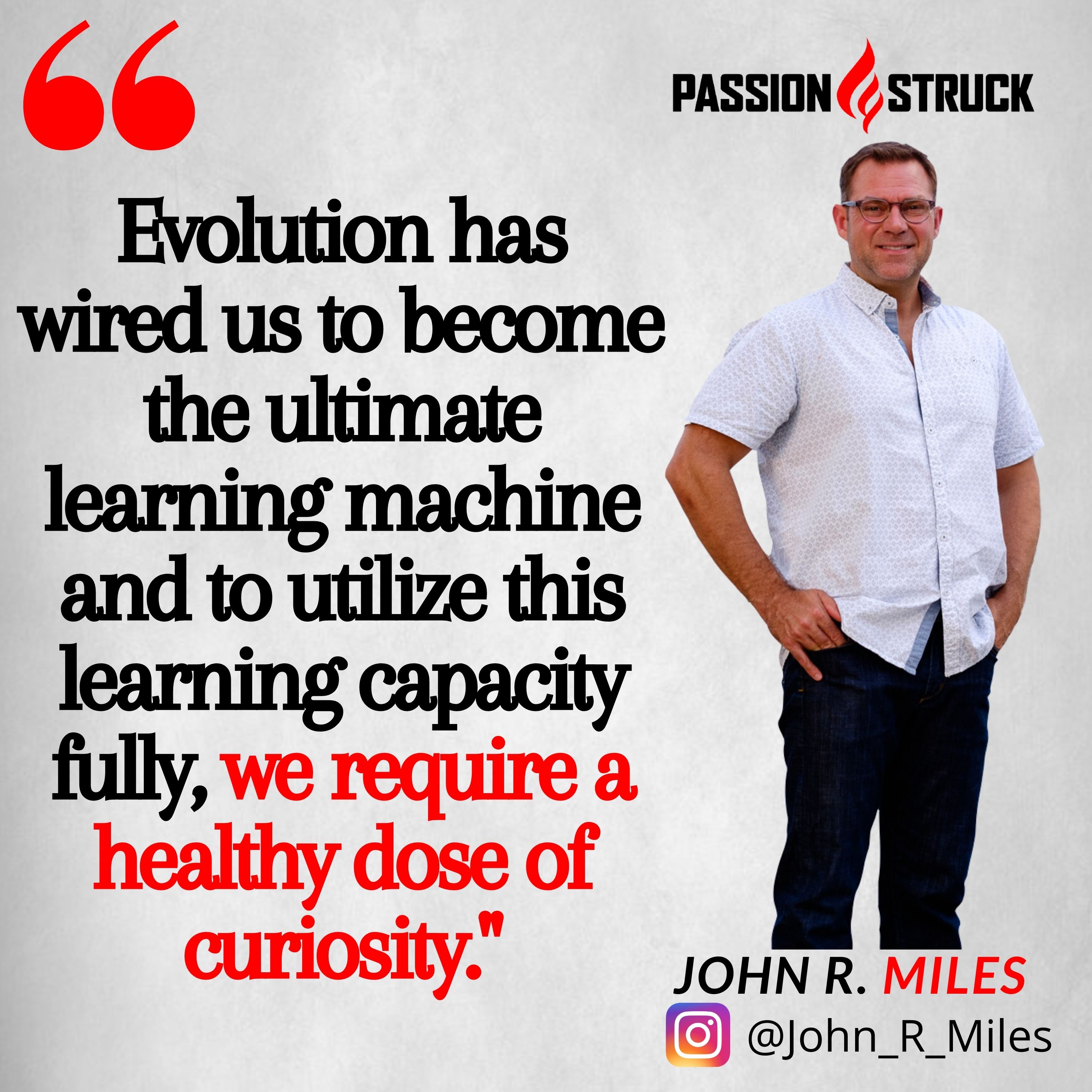 To put it another way, the more diverse and in-depth our interests and our capacity for experiencing new and exciting things are, the more life’s meaningful moments and experiences we can have. During his interview of over 700 CEOs for his book Corner Office, Adam Bryant asked what characteristics you see most often in people who succeed? Can you guess what the top answer on their lists was? Right, it was curiosity.

With all his achievements, Albert Einstein, one of the most inventive minds in history, is known to have said, “I have no special talent; I am only passionately curious.” This is true, not only of him but of every other person who has achieved remarkable things in this world, for curiosity is where it all begins.

So this leads us to the question of what common traits constitute curious people?

What are the traits of curious people?

How do we develop curiosity?

While curiosity comes naturally to some people, many adults have to develop it intentionally. Just like any other worthwhile skill or habit, it takes practice to develop. The following are ways by which you can create this important quality.

And seek out even more ways through which you can develop curiosity.

What are the benefits of curiosity?

Being curious and acting on our curiosity offers numerous vital benefits. It compels astronauts to travel into outer space and Jacques-Yves Cousteau to explore the ocean’s depths. It has made life as we live it today possible through the many discoveries in the fields of medicine, science, engineering, technology, architecture, entertainment, and so forth. The following are further benefits this important quality offers;

The majority of the novel discoveries and incredible innovations throughout history, from the printing press to airplanes to landing on the moon, all have something in common: They are the result of curious people.

As one of the most outstanding achievers in history, Walt Disney once said, “We keep moving forward, opening new doors, and doing new things, because we’re curious…and curiosity keeps leading us down new paths.” When you realize how important curiosity is to becoming your best self and start taking conscious steps to develop curiosity within yourself, you will be able to discover things you otherwise would not have. Your life will take on new dimensions. You will be able to unlock an intentional life of unprecedented levels.

The instinct to pursue new knowledge and adventures and explore untried possibilities is a fundamental human characteristic that is vital to our personal development. When our curiosity is activated, we think more profoundly and rationally about decisions and come up with more-creative solutions.

By taking good note of the points mentioned in this article and acting on them, you will be able to reach heights you never thought possible and achieve things you never dared to imagine before. So, go ahead and explore all the world has to offer.

I wish you good luck in your many adventures and explorations to come.

Stay curious and become the best version of yourself!

Listen to the Passion Struck Podcast anywhere you listen to podcasts online.

I explain how your environment influences who you become in episode 102.

Do you know the science of healthy habits? I explore this in-depth in Episode 108.

Suppose you missed our interview with Jen Bricker-Bauer on Everything is Possible. Don’t panic! You can catch up by downloading it here.

Ready to Speak with the Problem Solver ? MAKE CONTACT