How Your Environment Impacts Your Growth 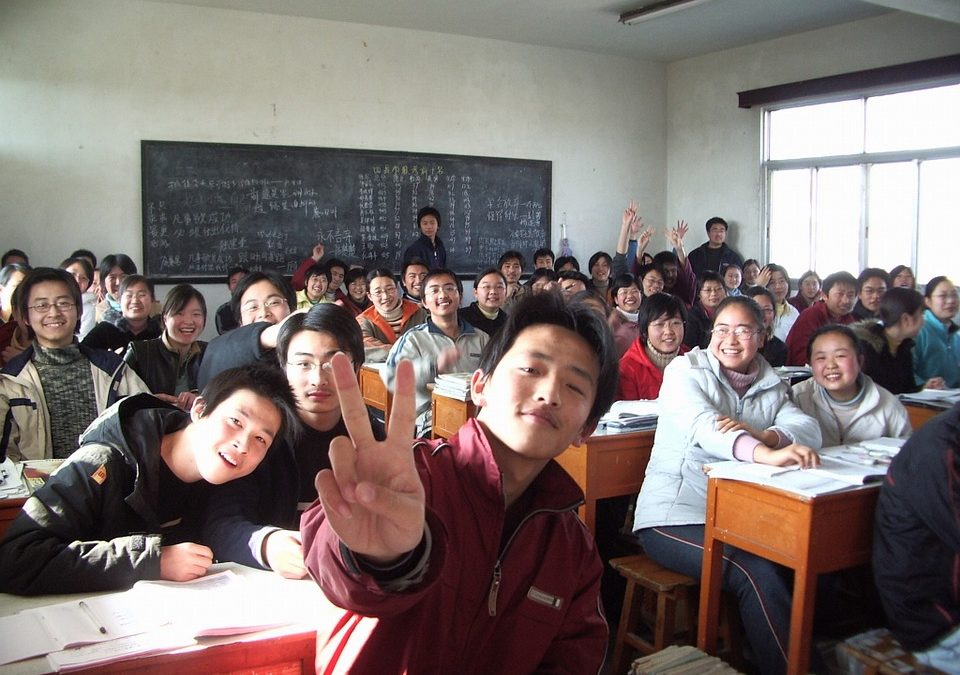 How Your Environment Impacts Your Growth

Have you ever been in situations or places where you know deep within yourself that you could be achieving much more than you are but fail to do so because of the prevailing conditions of your environment and the people around you?

Do you sometimes feel like things would be much better if only you were somewhere different? These thoughts and feelings are actually valid, and there is scientific proof that the actions of others and the environment in which we live ultimately influence who we become.

This article is based on a Passion Struck podcast episode I did on this topic.

By nature, humans have social tendencies. Human social behaviors are directly learned from a social environment and through social interaction rather than genetic causes and dynamics. From humanity’s early days as hunter-gatherers, we learned to co-exist in communities — growing and harvesting crops together, hunting in groups, and learning survival skills from one another.

As the years went by and we grew into more sophisticated societies, our fundamental interdependent nature remained. To this day and for the remaining duration of our co-existence as humans, we will continue to need and be influenced by the actions of one another.

It is often said that “no man is an Island,” and this statement stands true throughout all time. Therefore, our interdependence bounds us to be either positively or negatively affected by the way of life and doings of those within our immediate environments.

How The Social Multiplier Effect Impacts Our Environment

In psychology, there is a concept known as ‘the social multiplier effect’ based on the principle that high levels of one attribute or behavior amongst one’s peers can have spillover effects on an individual. It implies that as an individual gains more peers who have a particular attribute or characteristic, they will experience a greater tendency to adopt this attribute.

Some others have found that the tendency towards juvenile delinquency, including peer cheating and smoking, corresponds with a rise in the number of young people taking up such vices. In like manner, neighborhoods where crime is prevalent only lead to the susceptibility of members and occupants of homes in those areas to lives of criminal activity.

Of fact, the things a person is constantly exposed to influence the things they eventually do and depending on what those things are, it can either lead to a virtuous circle or a vicious one.

A very notable example of just how much the actions of others can play a significant role in what we achieve or fail to can be taken from the famous story of Roger Bannister — the first man to run a mile under four minutes. 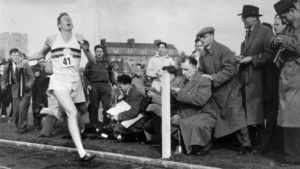 Before it was done, it was a widespread belief that it wasn’t humanly possible to run a mile under four minutes, as several athletes had tried and only come close, but not close enough to do it. However, in May of 1954, Bannister, having gone through several training sessions and believing in himself, went on to run a mile in 3minutes 59.4 seconds. The amazing thing that happened after he beat the record of running a mile just under 4 minutes was that the following month, John Landy ran it in 3minutes, 58 seconds.

Landy was a man who previously said “Frankly, I think the four-minute mile is beyond my capabilities. Two seconds may not sound much, but to me, it’s like trying to break through a brick wall. Someone may achieve the four-minute mile the world is wanting so desperately, but I don’t think I can.”

Who would have thought he actually had it in him to do what he said he couldn’t?

Not only did Landy go on to break Bannister’s record but many other athletes did as well. Bannister himself eventually set a British record of 3mins, 46.3 seconds. It’s interesting to know that the current world record stands at 3minutes, 43.13 seconds. This proves that the inability to run a mile in under 4 minutes earlier was merely a result of self-imposed mental barriers resulting from the prevailing thoughts of people at that time.

Thankfully, Roger Bannister was able to free himself from the reins of the popular societal opinion and achieve what was once deemed impossible, paving the way for others to do likewise. In like manner, there are times when we unconsciously or subconsciously impose barriers to the things we can achieve because we’ve not seen others do those things.

Another notable story of someone who learned to rise above the negative influence of his immediate environment is that of the famous actor Dwayne Johnson. He grew up in a rough environment and had a difficult upbringing. By the time he was 16, he had been arrested up to eight times for various offenses. As time went by, he took responsibility for his life and got out of the hostile environment where he found himself. He later got into wrestling and became a professional before getting into the film industry and having a successful movie career. Now he gives back by visiting prisons, encouraging inmates to take control of their lives.

There are countless other examples of the influence of prevalent societal thoughts and actions on the state of being of people, and individual efforts to rise above them have paved ways and opened doors to new possibilities. They include the technological inventions and innovations such as those of the airplane, the computer, and space shuttles that were once seen as impossibilities, becoming regular day-to-day utilities, to new cures for ailments that were once considered fatal.

So you see, it really all lies in the mind, and we all can transcend our immediate environment to function at our very best.

One fascinating neuroscientific discovery is of the nervous system cells known as Mirror Neurons. These are tiny neurological structures that fire both when we perceive action and when we perform them, providing deep insight into the true social nature of the brain.

Have you ever watched a movie or a video in which someone achieved something extraordinary and felt like you also could after watching? Also, in the same vein, have you watched one in which sad emotions prevailed and afterward felt sad and tired yourself? Or have you noticed that you feel happy when people around you are happy, and sad or depressed when around pessimistic people?

These are basic depictions of just how the mirror neurons operate to bring about Emotional Contagion — a process through which a person or group influences the emotions and emotional behavior of another person or group, done consciously or unconsciously through emotional induction.

When we view an action performed by another human or a group of people, the brain’s mirror neurons subconsciously ‘adopt’ the emotions and thoughts associated with those actions. This goes beyond just when we view videos, but clearly, what we see and observe in our immediate physical environment.

Giacomo Rizzolatti, a notable neuroscientist said, “We are social beings. Our survival depends on our understanding the actions, intentions, and emotions of others. Mirror neurons allow us to understand other people’s minds, not only through conceptual reasoning but through imitation.”

Anatomical and physiological observations from brain imaging experiments have shown that the human inferior frontal cortex and superior parietal lobe are active when the person performs an action and also when the person sees another individual performing an action. It is reported that they could be the neural basis of introspection, awareness of others, and ultimately of self-awareness. These findings show that as humans, we inherently possess the ability to imbibe certain behaviors just by observing them or having people around us exhibit them.

Have you caught yourself yawning after seeing someone else do so? I bet most of us have. According to some experts, this is induced by a process known as “automatic imitation.” 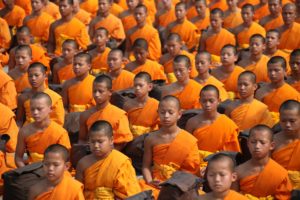 It refers to cases in which an individual, having observed a body movement, unintentionally performs a similar body movement or alters how it is performed. This process is inherent in every human and facilitates Learning through Imitation — a type of social learning whereby new behaviors are acquired via imitation.

No one learns in a vacuum, as we are all social creatures who often learn directly from those around us. A child growing up automatically picks up the language spoken in their immediate environment, just as they do other actions such as brushing, eating, or washing dishes. As we grow, this trait remains in us, and we continue to pick up attributes from the people surrounding us subconsciously. In a nutshell, we learn, whether we like it or not. Hence, we should pay attention to the lessons we pick and make sure they only help us become authentic and better versions of ourselves.

The purpose of this article/talk has been to open our understanding to the reality that there are factors outside of us that affect what goes on within us and shape the way we behave, the things we do, and ultimately who we become. Having known these realities, it is vital that we are not just aware but also take responsibility for our growth and being our authentic selves.

The truth is, there are lots of factors in life that we cannot control, things beyond our direct choices. But despite this, we have to consciously guard and protect ourselves against societal factors that could adversely influence and affect our lives. More so, it is a fact that we can control the environment we are in, and make our own choices. Sure, it doesn’t come easy, but it is very possible and achievable. So, anytime you start feeling out of control, realize the power you possess to influence your choices for good, and put it to use.

Becoming a Force for Positive Influence

A popular quote by Marianne Williamson ends with the words “and as we let our own light shine, we unconsciously give other people permission to do the same. As we are liberated from our own fear, our presence automatically liberates others.”

This quote tells us that when we learn to live above our limiting societal circumstances, we get to inspire other people to do the same.

So, always remember that you are part of the collective whole and your thoughts and actions matter greatly. Recognize and optimize the power you have to impact and influence someone else’s life for good and go on to live the best possible life you can!

The Passion Struck podcast is helping men and women unlock their true potential and become passion struck every day. Listen to the Passion Struck Podcast anywhere you listen to podcasts online.

Are you suffering from the hustle culture grind and is it causing you to feel miserable? Read my article on how to break free.

Check out John’s past episode on stop being a visionary arsonist. Catch up with Episode 9.

Are you having trouble prioritizing your time? John discusses the I Don’t Have Time Syndrome in Episode 27.

Make a choice, work hard, and step into your sharp edges.