I have read far too many articles like these in The Atlantic, Business Insider, and Fortune from Millennial authors asserting the fact that their peers don’t stand a chance as a result of the latest crisis impacting them. These authors are prematurely publishing articles writing off their own generation with reckless abandon. And, not only do they have it wrong, I believe Millennials will instead disproportionately prosper as a result of the COVID-19 pandemic compared to other generations.

There has been a frightening (and frankly dangerous) lack of context applied to the statistics used in their arguments, a complete lack of acknowledgment of the adaptability of the Millennial generation, and a flat out denial of where the future of work is headed both before and following this latest calamity.

Millennials Are the Most Resilient Generation

Many Millennials are seemingly too quick to forget that they are the only generation that has developed an extensive knowledge of both sides of the technological revolution. They grew up with the introduction of personal computing, cell phones, the internet, and social media (which they invented by the way), and yet, they still retain a multitude of analog skills, such as knowing how to construct a business letter correctly.

Millennials are just as adept at flying a Boeing 737, becoming an astronaut, creating the vaccine for the Coronavirus, becoming a Venture Capital partner or developing cutting-edge app technology as they are becoming delivery drivers during a time of crisis. Better yet, Millennials have been here before. In other words, they’ve had resilience and adaptability built into them that no other generation has had either before or after. 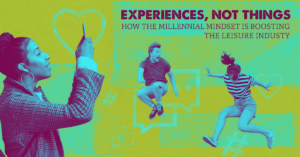 Commentators asserting that Millennials are set to be ruined by this crisis have largely based that assumption on research that suggests that savings, stock investments, and assets are well down on comparative holdings of Generation X when the 2008 financial crisis struck. It may be partly true; Millennials have a far less rosy picture to their finances than their generational counterparts. But as with all statistics, context is everything. Millennials don’t have financial prosperity as a result of some very deliberate choices.

Their generation is the first to depart from the traditional American narrative of life’s plan. For Generation X and above adulthood has followed a very similar path: graduate high school, go to college, accept a position at a respected company or start a business, work your way up the job ladder or scale your company, marry, secure a home, bring up children, diligently save into a 401(k), pay off the mortgage, retire and indulge in the experiences that kids and work always prevented.

That last line is the most significant distinction between Millennials and those that have gone before them. The idea of waiting until at least 70 (the likely retirement age for Millennials) to travel the world, enjoy new experiences, and take new risks is not something that many of them can stomach.

For example, many of my good friends are Young Adults. One particular couple are both successful attorneys who made a conscious decision to not have children. They will outright tell you that their life is about travel and creating experiences. And, I do not think this is unique for young adults. In fact, I think it is more the standard than it is an aberration.

While it’s true that many Millennials are suffering as a result of the cessation of activities in many parts of the gig economy, a similar proportion of others are reaping record profits. I know from personal experience. I work with a freelance business owner who provides content for one of my businesses. When I asked him how he had been affected by the crisis, he revealed that March 2020 represented his highest ever monthly sales revenue by a considerable margin.

Let that sink in for a moment. In a month that saw almost half of the world’s population placed under lockdown, unemployment at all-time highs, and with non-essential businesses closed almost everywhere across Western society, he had secured his highest ever income since launching with the company back in 2017.

This, I feel, is what many commentators have fundamentally failed to understand about their peers. Millennials are the original ‘side hustle generation.’ Instead of focusing on how their stock portfolio is performing, they focus their time on diversifying something different; their portfolio of income streams.

When the economy returns to some modicum of normality, many of the changes enforced as a result of this crisis will remain and subsequently gather momentum. Remote and flexible working will increase, and companies will continue to look for freelancers on platforms such as Upwork and Fiverr instead of hiring new employees they may no longer be able to afford.

Those young adults writing about the demise of their own generation need to put away the imaginary white flag they’re waving on behalf of their friends, because frankly, giving up is simply not in the nature of the average Millennial that I have come to know.

To learn more, read the full article posted on Medium.