Like most of us who follow business news, before one of the worst crisis management responses in history, I marveled at Boeing. They held the status as the global leader in aircraft manufacturing. I felt comfortable in my opinion that because the aircraft manufacturing landscape was a duopoly, Boeing safely ensconced as #1 (Europe’s Airbus is second). I followed the stock when it listed at around $100 in 2016. In fact, an alert on my smartphone announced it touched new all-time highs at $400. I was solid with the consensus who believed Boeing was preparing a climb into the stratosphere on the wings of its new plane, the 737 MAX 8.

Their stakeholders were riding high with crisis management being that last thing on people’s minds.

Lesson #1 in Crisis Management Communication is “Expect the Worst Will Become Public.”

The new plane’s takeoff aborted however when two crashed, killing 346 passengers. I paid attention as the aviation giant’s response revealed a toxic culture of cost-cutting that it hoped to mask by its business success. Only a few days after the first MAX 8 crash in Ethiopia, the Boeing board voted a reward for their CEO with a $5 million annual raise. I concluded Boeing was wrestling with a form of corporate denial. Then a second Boeing crashed in March 2019, leading the FAA to do an intervention by grounding all 371 MAX 8 planes immediately. I was not alone among many of my colleagues in the business community who traded in our confidence in Boeing’s future with doubts about its governance.

The FAA’s investigation found the MAX 8 loaded with state-of-the-art software that routinely short-circuited mandatory certification and training procedures to save money. One new piece of software captured the FAA’s attention. It was called the MCAS feature that the NTSB said was the cause of both crashes. The new MCAS (Maneuvering Characteristics Augmentation System) spontaneously activates in flight, overpowering pilots and preventing them from controlling the massive jet all but guaranteeing a catastrophic outcome. 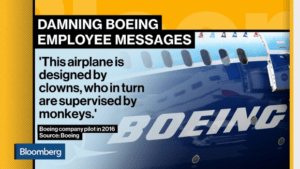 One of the pilots who flew test flights with the new MCAS system emailed a colleague, “This airplane is designed by clowns, who in turn are supervised by monkeys.” The president and CEO, Dennis Muilenburg, made himself the face of Boeing’s crisis event management.

From the moment Mr. Muilenburg took the helm of crisis communications, he convinced me the Boeing strategy was to overpromise and under-deliver. I watched as Boeing’s credibility with stakeholders was undercut by their own messaging. Their largest customer, Southwest Airlines, told reporters that the CEO’s misleading statements about MAX 8’s readiness to resume passenger service after two crashes “was creating havoc” at Southwest. One of Boeing’s internal memos leaked announcing their culture was rife with coverups.

In December 2019 I turned on the business news channel I kept on as background in the office and watched the beleaguered CEO tell a congressional committee, “The premise that we would lie or conceal is just not consistent with our values.” Muilenburg swore to congress the MCAS system didn’t require pilot retraining at the same moment as more internal memos were released, showing that Boeing regarded training costs as too high and decided to avoid mentioning the new MCAS system at all in the plane’s flight operations manual.

I anticipated the worst possible outcome as Muilenburg got called in for a meeting with the new FAA administrator, Stephen Dickson. I was right. He emerged from that meeting with a public admonition from Dickson, Boeing better “not ask him for any favors.” That was the final straw for a CEO who proved himself unable to execute an event crisis plan to save the corporation’s customers and brand. He was fired two days later, along with the decision to revoke his $15 million severance package.

Crisis management was in my job description as a senior executive for Lowe’s Home Improvement. Lowe’s senior leadership hired me to lead the response to, at that time, the most significant hacking incident in retail history. My event crisis strategy prioritized the preservation of stakeholder relationships, and it kept a high priority on protecting the Lowe’s Brand. One of my guiding principles is from a quote I remembered while watching Boeing over a decade later. 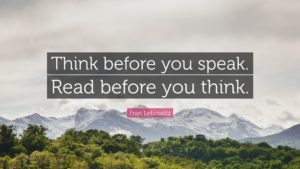 Fran Lebowitz is an edgy author and raconteur who once famously said, “Think before you speak, but also read before you think.” From the early days of the Boeing crash story, it was clear to me that Muilenburg was out of his depths in crisis communications. He never heard of Ms. Lebowitz’s book, and I decided he never read Forbe’s list of dos and don’ts for crisis management either. Number one on Forbe’s lists is, “Don’t cover up a crisis.”

My model, while at Lowe’s for crisis management, was borrowed from the most studied corporate crisis response success story in history, the Johnson & Johnson response to its cyanide-laced Tylenol pill bottles. J&J practiced 100% transparency with stakeholders and the FDA as it accepted costs and quickly removed their product from retail shelves. Another often overlooked feature of J&J’s response was their full assumption of responsibility from the get-go.

They rejected the tempting option to use “the dog ate my homework” template: look for a scapegoat and shift blame. At Lowe’s, I knew a narrative that provided transparency, admitted responsibility, forcefully responded to the crisis while preserving brand loyalty and diminishing litigation risk.

The model I practice for successful crisis management speaks to an audience of stakeholders and regulators. I want the audience to hear narratives framing the issue so that our response and nature of the crisis articulate clearly at the beginning. Boeing would have been well-served to order the grounding of its MAX 8 fleet on its own and worked with the FAA as a partner to protect the flying public as a shared goal. I followed the “think before you speak and read before you think model.” Memo to Boeing: next time try it, you’ll like it.