We Company is Shifting the Failed Startups Narrative

One of the most prominent business stories I witnessed last year was the precipitous fall of the WeWork company (known We Co. or We Company). While the company has not entered bankruptcy, it came dangerously close in the days after its scuttled initial public offering. What used to be a company that dominated headlines as one of the most valuable tech startups in the United States, I believe, is now a cautionary tale for high-growth startups.

In response to these financial challenges, We Co. (the parent of the WeWork company) tapped Sandeep Mathrani as its new chief executive officer. As many of us know, Mathrani is a real estate veteran and is the second CEO to replace WeWork founder Adam Neumann. Before Mathrani, Artie Minson and Sebastian Gunningham served as co-CEOs of We Co. 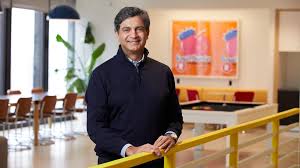 It isn’t as many of us already knew, in fact, a tech company at all (as the company emphasized in its IPO prospectus). Instead, it is a real estate company—as I  presume it has always been.

Unfortunately, I am finding this is a growing trend of bait and switch. The We Company isn’t the only startup that has overextended itself this way or miscategorized itself to lure investors. There are many companies—notably failed startups—that are now re-positioning their businesses to what they have always been. Ultimately, I see this is a healthy development and wake-up call for the companies, their employees, and the investment community.

The We Company Sector Re-Positioning: Why It Matters

For example, one of the hottest buzzwords for today’s startups is artificial intelligence or the newly coined applied intelligence, which I discussed in a recent article. Granted, advanced AI will likely have a considerable impact on our personal and professional lives. But having said this, a good number of companies are riding on the AI coattails to build hype and enthusiasm for their products—even if they don’t have any AI applications. MMC Ventures, a European venture capital fund, studied 2,830 AI-classified startups across 13 countries in the European Union.

It found that 40 percent of those startups had no evidence of AI applications. Critically, however, the survey also found that companies characterizing themselves as AI companies raised 15 to 30 percent more venture capital funding compared to non-AI companies. And so, it is easy to see why companies pull this chicanery.

This trickery is caustic because failed startups or startups that are struggling to find product-market fit or investors have a mouthwatering arrow in their quiver. All they need to do is “pivot” and change their messaging in meetings with investors, prospects, and the press. By saying that they are an “AI company” or the next flavor-of-the-week company, they are in a better position to obtain better financing terms and hype around their business.

You may ask, why is this happening? I think it fundamentally comes down to venture capitalists, private equity, and other investors buying into the hype. FOMO is a real thing, and investors are increasingly willing to brush aside “temporary” fibs and falsehoods if a company’s valuation is climbing. Failed startups can continue trudging along—and in fact, raise more money—by leveraging their potential in a game-changing sector or industry. 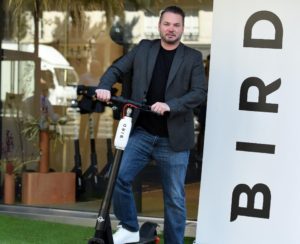 Bird’s CEO and founder, Travis VanderZanden, recently illustrated this point when he announced to the world that the funding market and its underlying assumptions had changed: “Gone are the days when top-line growth was the leading KPI for emerging companies. Positive unit economics is the new goal line.”

I see that sector re-positioning may cause short-term pain, but it is a net positive for everyone involved. It shuts down failed startups and protects mom and pop investors (and even large ones like SoftBank) from investing  in aspiring companies that prioritize marketing hype and smoke and mirrors, over fundamentals.

And for VC and institutional investors, it prioritizes reality over hope and FOMO.

Are Failed Startups Causing a Return to Reality?

The WeWork company’s failure to go public may be a net positive for startups and investors. I see it as a necessary catalyst that will force some failed startups and the investor community to ask tougher questions. Along with this, institutional and retail investors recognize that hype is not a strategy. Going into the future, this sober look at startups will lead to a much healthier business ecosystem.