Is It Better to Burn Out than Fade Away?

If Kurt Cobain was alive, he would be 53 today. Ironically, I happened to hear Neil Young- “My My, Hey Hey (Out Of The Blue)” earlier in the day on Spotify. Neil Young penned the lyrics to the song in the late seventies during a period where he was questioning his own legitimacy. As Young writes, “it’s better to burn out than fade away,” he is coping with the short-lived aspect of fame and the difficulties of staying relevant as an artist.

It appears that Cobain related to Young’s dilemma. And, in his suicide note, he concludes, “I don’t have the passion anymore, and so remember, it’s better to burn out than fade away.” 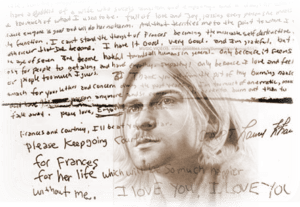 In 2010 (over thirty years after Neil Young wrote the song), I had the fortunate opportunity to see him play a solo concert at the Nob Hill Masonic Auditorium in San Francisco. My friend Marc Benioff invited me to see Young play a concert in support of his new charity: UCSF Benioff Children’s Hospital.

As I watched Young back then, he was still on top of his game and played to an enthusiastic but youthful audience. Instead of burning out, he had persevered. I would argue that he is sustaining a long and successful career.

“I’ve come to see burning out as a state of exhaustion that can be emotional, physical, or mental. It is brought on by repeated stress, resulting in self-doubt, depression, fatigue, and a loss of control,” John R. Miles

In fact, the Rock and Roll Hall of Fame inducted him twice in 1995 and 1997. In 2000 Rolling Stone named him the 34th greatest Rock n Roll artist, and in 2009 a year before the concert, he was appointed an officer to the Order of Canada, which is Canada’s second-highest honor. This week, his relevance was felt once again as he penned a personal letter to Donald Trump.

Is he happy that he is fading away instead of burning out? Has he lived his life to its fullest, and in this life better led than the short one Kurt Cobain lived?

Ultimately, it made me personally question what it means to burn out? And, is it truly better to burn out than fade away?

Is it Better to Burn Out than Fade Away?

I remember, as a young child, my father would play Crosby, Stills, Nash, and Young in the car. The so-called ‘supergroup’ was different because they were one of the first to rise to fame in other prominent groups before joining forces. They are known for their terrific harmony and hippy vibe.

Fast forward twenty years, and it was Nirvana playing in my car, and I was in the middle of my college years and a DJ. Kurt Cobain, David Grohl, and Krist Novoselic couldn’t be more different than CSNY. Nirvana represented the forefront of a musical crusade born in the underground of the 80s and the punk of the ’70s. Although they managed to sell tens of millions of records, those that preceded them were lucky to sell hundreds to a few thousand.  I would like to hear what Kurt Cobain created as he got older as the band was at a crossroads when he died. 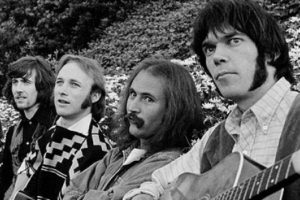 Unlike Nirvana, Crosby, Stills, Nash, and Young immediately went to the top of the charts. Then abruptly, Young left the group as ego and petulance ruptured the quartet. And, though the foursome’s music ended at that time, many would argue Crosby, Stills, and Nash (CSN) were better on their own, without Young. And Young was better on his own without CSN.

Many failed to realize at the time with both bands that outside of the free brotherly unity, the men struggled with their internal dynamics and personal self-destruction. The cause of the dynamics promoted by excessive drug use, self-indulgence, and stress. All key characteristics of burning out.

Through these examples, I’ve come to see burning out as a state of exhaustion that can be emotional, physical, or mental. It is brought on by repeated stress, resulting in self-doubt, depression, fatigue, and a loss of control.

I wonder if they would be nearly as popular and celebrated had their lives not been cut tragically short and if the passage of time would have diminished much of the allure surrounding them?

Is it Better to Fade Away?

When I consider the idea of fading away, I look to those performers who have sustained long success over their careers. It brings to the forefront actors like Robert Redford, Jack Nicholson, Robert De Niro, and Meryl Streep. Also, musicians like U2, the Rolling Stones, Aerosmith, Elton John, and the Foo Fighters.  All of them had success early in their careers and stayed relevant over the years by evolving their careers and interests.

The former drummer of Nirvana, David Grohl, may have thought his career was over at twenty-five when Cobain died and the band imploded. However, Grohl founded the Foo Fighters in 1994. Today, they are widely regarded as one of the best live acts in the world. And, over their long career, they have won four Grammy Awards for Best Rock Album. They’ve created 10 albums and sold well over 10 million records. And, they are still performing at sold-out shows today. When I saw them a few years ago, they played well over a three-hour show. 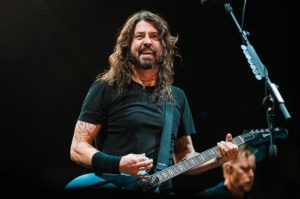 And, as Grohl holds the long legacy of being the nicest guy in rock, he is involved with causes that support Adoption, AIDS & HIV, Autism, and Cancer treatment, Civil Rights, Creative Arts, Human Rights, LGBT Community Support, Literacy, and Mental Challenges.

Then there are Samuel L. Jackson, Viola Davis, Steve Carrell, Tommy Lee Jones, Martha Stewart, Octavia Spencer, Dame Judi Dench, and Betty White. Not one of them became famous or had their breakthroughs until they were over 40. Yet today, they are living long lives culminating in the premiere of their fame and longevity.

I would contend that all of the people and musical acts I mentioned are more famous and successful today than had they merely been a one-hit-wonder or a short-lived act. When I think of fading away, I turn to the thoughts of losing freshness, vitality, or vigor. It is a gradual process, and often a person receives some of their highest accolades as their career matures, as is the case of Neil Young.

There are many parallels to both these questions in our own lives. Like most people, I’ve experienced burnout on the job. And like these performers, I’ve seen the need for reinvention and staying relevant in my career. I’ve also been fortunate to watch my kids flourish and to give back in many ways as my life continues to fade away.

In the end, I think it comes down to perspective.

For me personally, I think it is much better to fade away like David Grohl or Neil Young than to burn out like Kurt Cobain.