The Power of Empathy is the Greatest Gift to Human Beings 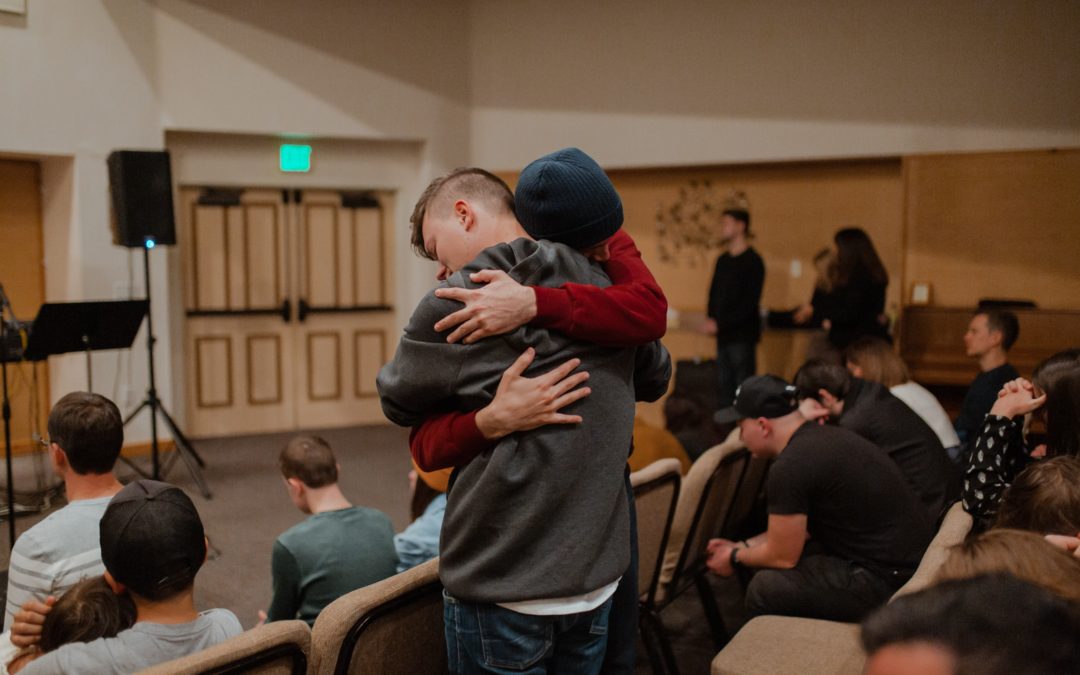 The Power of Empathy is the Greatest Gift to Human Beings

According to former President Barack Obama, “The biggest problem we have in our society and the world right now is a lack of empathy. We are in great need of people being able to stand in somebody else’s shoes and see the world through their eyes.”

The gap that President Obama alludes to is only growing more expansive as we continually become a society consumed by self-gratitude instead of focusing on ending the suffering of others. That’s why it’s so important we work at being empathetic. Luckily, we can.

In this article, I will be enlightening us on the science of this trait called empathy, its benefits to us all, and how we can consciously and actively develop it.

First, let us take a look at this relatable story of Lawrence Smith.

What does it mean to be empathetic?

Lawrence Smith was a diligent young man who worked as a movie theater manager. He loved his job and gave his best to it every day. Unfortunately, a global pandemic hit, and people worldwide were mandated by their governments to stay indoors and avoid physical contact with one another. This caused the theater to be shut and resulted in him being out of work.

It was now four months since he lost his job, and his savings were drastically decreasing, primarily because of his sick wife’s hospital bills. She had been diagnosed with Stage One cervical cancer and was undergoing chemotherapy.

Lawrence had applied for several other available jobs that supported remote work options but could not get any so far. On this fateful morning, he was pretty discouraged and troubled. His wife was away at the hospital, and Lawrence just lay in bed, lost in thought. While he was thinking about his situation, he received a mail notification.

Upon reading this, Lawrence screamed out in delight. Finally, he had gotten the job he so direly needed.

Later that evening, he visited his wife at the hospital, and while in the waiting room, he noticed an older man who looked sad and lost in thought. Calmly he approached the man and, upon conversation with him, learned he had a diabetic daughter and was finding it difficult to settle her hospital bills because they were almost exceeding his income.

Learning of this, Lawrence was deeply moved and decided to help him in his little way. He could relate to being previously frustrated just like the man and was grateful that he now had a job and something to look forward to.

“I hope it does something to ease your burden,” he added as he squeezed the bill into his hand while hugging him.

The man was dumbfounded that someone he had never met could be so kind that tears started to stream down his face.

“Thank you, Thank you,” was all he could say, as he kept looking at the dollar bill and Lawrence’s face back and forth in awe and appreciation.

At that point, an attending nurse called Lawrence in so that he could see his wife. He got up, gave the man another hug, and left with some other words of encouragement.

Like Lawrence Smith in the story, we all can relate to points in our lives when we were at our lows, and things seemed to be taking turns for the worse. When things get better for us, and we see others in those similar difficult situations, we are subconsciously stirred to do something to help improve their conditions. This usually results from our natural abilities to relate to their concerns and feel what they feel. A trait identified as empathy.

This overview leads to some critical questions.

Let’s explore the answers to those questions and delve into the science of this fantastic trait known as empathy.

Empathy enables us to simulate the affective states of others internally, and take their cognitive perspective, thereby helping us understand their experiences, needs, and intentions. It plays a critical interpersonal and societal role, providing an emotional bridge that promotes prosocial behavior.

It naturally leads to us having compassion for our fellow humans and goes a long way in making the world a better place for us all to co-exist.

According to Brené Brown, NY Times bestselling author and research professor, “Empathy has no script. There is no right way or wrong way to do it. It’s simply listening, holding space, withholding judgment, emotionally connecting, and communicating that incredibly healing message of ‘You’re not alone.”

When we are empathetic, it allows us to show kindness to others, making the world around us a better place and allowing us to become intentional in our actions.

Empathy is crucial because it helps us comprehend how others are feeling so we can respond appropriately to the situation. It is typically associated with social behavior, and there is abundant research showing that greater empathy leads to assisting others. Let’s explore this research in more depth.

According to relevant studies, 98% of people can empathize with others. The few exceptions are psychopaths, sociopaths, and narcissists, who cannot understand or relate to the emotions and feelings of other people.

People on the Autism Spectrum are another group who may have difficulty comprehending other people’s feelings. However, many individuals believe that people with autism spectrum disorder may still relate to other people’s emotions, albeit not in the usual sense.

The ability to perceive emotions is most likely innate and acquired unconsciously. On the other hand, empirical research reveals that empathy can be taught and increased through various methods.

According to famed neuroscientist Jean Decety’s article “The Neurodevelopment of Empathy in Humans,” there is strong evidence that prosocial behaviors such as empathy and compassion originate early in life. Infants as young as 12 months old begin to comfort distressed people, while 14- to 18-month-old children engage in spontaneous, unrewarding caring acts.

Dacher Keltner, a psychology professor at the University of California Berkley, summarized in the book The Compassionate Instinct that we humans are designed to respond to each other’s problems with care and that our neural systems hardly distinguish between our own anguish and the pain of others but naturally react to both in the same way. In the same vein, helping others brings the same pleasure we get from the gratification of personal desire.

In NY Times bestselling author Susan Cain’s new book, Bittersweet: How Sorrow and Longing Make Us Whole, she describes how, she describes how, by realizing and acknowledging our sorrows and longings, we can learn to transform our own suffering into creativity, connection, and be able to turn toward each other for support and healing. (A side note, Susan will be featured on the Passion Struck podcast on April 5, 2022, to discuss her new book).

Why is empathy important?

Empathy, compassion, and the ability to connect with others are essential skills in our personal and professional life. They help improve human interactions and promote more effective communication and positive results.

Empathy is a cornerstone for successful relationships, but the quality of it has to be intentional. Most people like to feel understood, but the mark of maturity is in knowing how to demonstrate understanding. In the end, the knowledge you wish to receive becomes more likely essential adjustments that will help you become a more empathetic person.

People who are are empathetic generally tend to be excellent friends, attentive listeners, emotionally intelligent, and generous. The following are further highlighted benefits of empathy:

Is empathy a natural habit, and what can I do to overcome a lack of empathy?

Empathy was often thought to be an inborn ability that couldn’t be taught, but further studies of this trait have revealed that it can be learned and developed like other emotional intelligence (or EQ) qualities.

We can apply ourselves and develop a stronger awareness and know-how in responding to our own and others’ sentiments, unlike IQ or the genes we inherit from our parents. We can even extend this form of compassionate empathy virtually, which can help bridge the gap between us and our feelings of isolation.

One of the best methods to improve your empathy abilities is to become more aware of your own and others’ emotions, whether they are positive or negative.

Many people have been accustomed to avoiding emotions, which is why empathy is a generally underdeveloped capacity in them. This can be accomplished by making everything into a joke, overanalyzing, or physically fleeing the emotional event (fight or flight response).

Suppose we stop seeing emotions as something to be afraid of and instead see them as a significant aspect of who we are as human beings. In that case, we will naturally begin to learn more about our own and others’ emotions, and empathy will become second nature to us.

Furthermore, there are things you can do to become more empathetic;

How is empathy given without getting overwhelmed?

Empathetic and compassionate people can become overwhelmed by painful emotions like worry or rage because they genuinely feel what their friends and those around them are going through. They have a proclivity to adopt other people’s troubles as their own and find it difficult to create boundaries for themselves and say no, even when they are being asked to do too much.

To avoid falling into this downward spiral, here are some steps to take:

How to practice empathy?

Legendary actress Meryl Streep once said: “The great gift of human beings is that we have the power of empathy.” This true statement reflects the very essence of being human and the need for us to realize and express the nature we’ve been given.

Empathy isn’t something that many individuals practice naturally. Our fast-paced society rarely encourages us to slow down and interact with others. As a result, we must deliberately decide to practice empathy, and the more we do, the more intuitive it will become.

Working to improve our inherent capacities to empathize is vital to developing individual, community, national, and international links if we are to progress toward a more empathic society and a more compassionate world.

As the Dalai Lama so succinctly stated, “Love and compassion are necessities, not luxuries. Without them, humanity cannot survive.”

Therefore, it is imperative that we consciously work to become more empathetic and compassionate people. Only then would we have the world we all so dream of – a world so filled with love and peace that allows every one of its inhabitants the opportunity to thrive.

So, go on and practice empathy and kindness today and always!